ClipBucket is an open source video hosting platform, similar in functionality to YouTube or Vimeo. In this guide, we’ll walk through how to deploy ClipBucket to a server using the configuration management tool, Ansible.

If you came here just looking for an easy way to deploy ClipBucket to a server, the series of commands below will install ClipBucket on a bare Ubuntu 14.04 server with just a few commands:

At the end of the above commands, you will find ClipBucket running on your server at http://localhost/. You can log in with the Admin credentials of:

ClipBucket doesn’t provide much documentation about deployment. All I could find as far as official documentation was this guide, but it assumes that the user has already installed many of ClipBucket’s dependencies.

I found this excellent and very thorough guide, but it’s still a very manual process. The user is forced to copy/paste many different commands and it’s difficult for the user to customize for their particular system.

Even after installing ClipBucket and all of its dependencies, a new deployment of ClipBucket requires the user to manually click through a web UI and enter information about their installation. 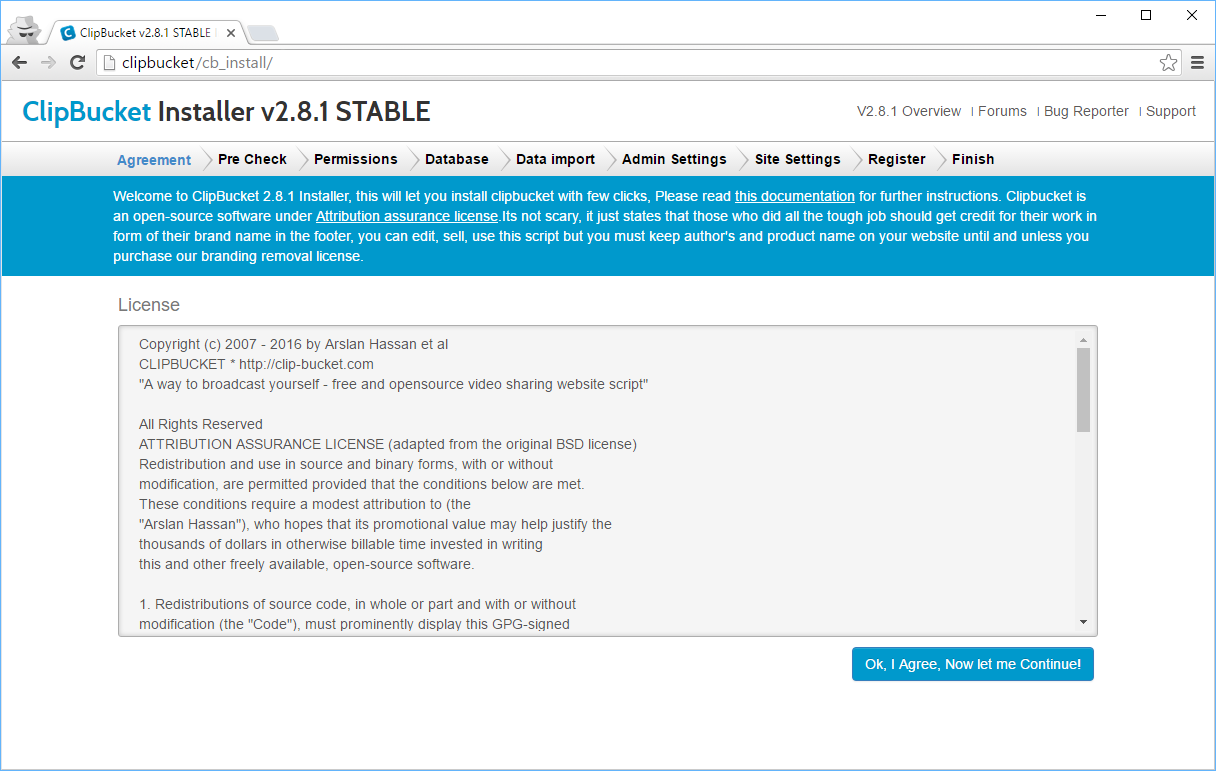 A web UI is probably nice for new users, but it’s not the kind of thing you’d want to go through over and over every time you have to deploy a new server.

ClipBucket’s major dependencies are Linux, Apache, MySQL, and PHP (a “LAMP stack”). Fortunately, Ansible has a concept called “roles” that allow users to package automation logic for a component and allow others to re-use this logic, even composing multiple roles together to create new roles.

We can avoid duplicating effort with Ansible Galaxy, which allows us to search for existing roles for the software we want. A quick search of Ansible Galaxy yielded the following roles:

ClipBucket has some smaller dependencies, such as ImageMagick and FFMpeg, which are straightforward to install with a a command or two within our Ansible playbook (see all installation steps here).

As mentioned earlier, ClipBucket expects the user to walk through a web UI to complete the installation. We’d like to eliminate this manual step, but this is a challenge. Ansible is designed to automate command line tasks, but is not well suited for automating user actions in a web UI.

I asked in the ClipBucket forums if there was an alternative to the web UI install and Saqib Razzaq, one of ClipBucket’s developers, was kind enough to point me to some PHP and SQL scripts in the ClipBucket source that would allow me to script the post-install steps. 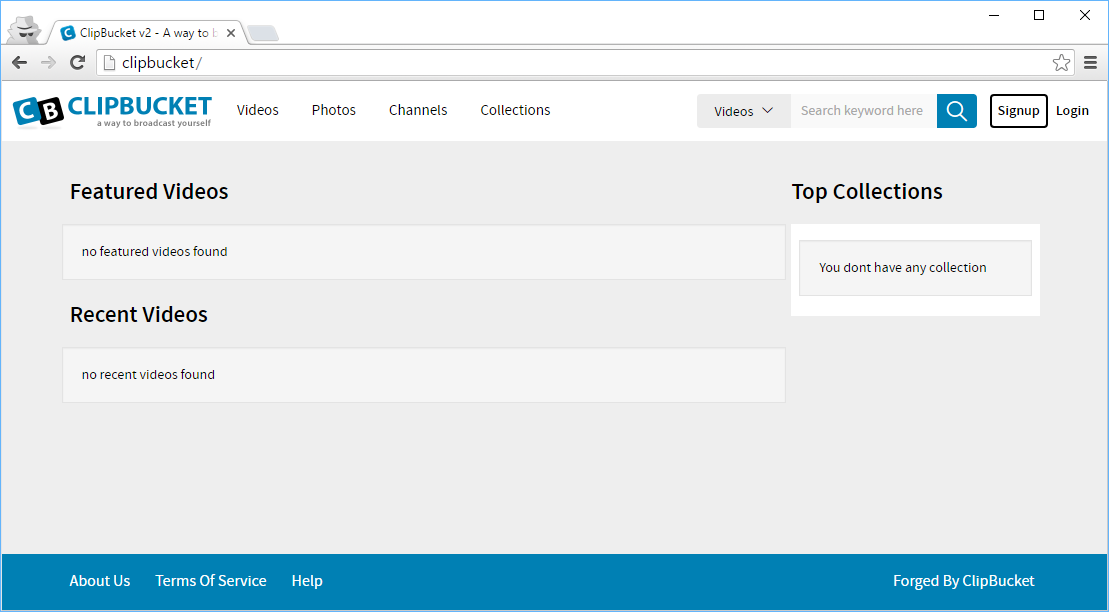 Once I created a working playbook, I still had some work to do in refactoring my Ansible role to make the logic cleaner and more reusable. I quickly realized that it was easy to accidentally break my role this way (e.g. by accidentally deleting a necessary command). I tested for this by repeatedly running my role against a bare VM and then testing that the installation was successful, but this became a very manual and tedious process. Given that the goal of this whole endeavor is automation, I sought a way to automate the process of verifying that my Ansible role still created a working ClipBucket server.

Jeff Geerling, author of Ansible for DevOps, has a very helpful blog post that describes how to test Ansible playbooks automatically. Using Geerling’s examples, I created a build script that does the following:

I’m considering expanding the testing by writing more sophisticated web flows, such as creating a new account or uploading a new video. For something of that complexity, we’d want to go beyond simple shell commands and use a browser automation tool like Selenium. Perhaps this will be a topic for a future blog post.

My ClipBucket Ansible Role is available:

Note: If you’re not familiar with Ansible and not interested in learning, see the “Just Install Clipbucket” section at the top of this post.

It’s easy to use the ClipBucket Ansible role. To get started, you’ll need to install Ansible. Then create the following files:

Then run the following commands:

When the ansible-playbook command completes, you can navigate to your ClipBucket server and log in with the username admin and the password you specified in clipbucket_admin_password.

Try out the role and leave feedback, file bugs, or submit pull requests if you’d like to contribute.