The idea of social capital has interested me for a long time, but when I finally sat down to read this book, it was painfully dry. It offers an eye-opening investigation into the many ways that civic engagement has declined in the US, but it was a real slog to get through.

I find the idea of social capital fascinating, and I was hoping the book would delve further into how to foster social capital in a community. Social capital profoundly affects society, but people forget about it when considering policy issues. In that way, the book reminded me of Happy City, which described how city design affects happiness and community bonds among residents. The difference is that Happy City found ways to make the research lively and engaging, whereas Bowling Alone felt like it was endlessly throwing charts at me.

Note: A revised 2020 edition came out while I was reading the book, but my notes are for the first edition, published in 2001.

What I Liked 🔗︎

What I Disliked 🔗︎

Trends of civic disengagement in the US 🔗︎ 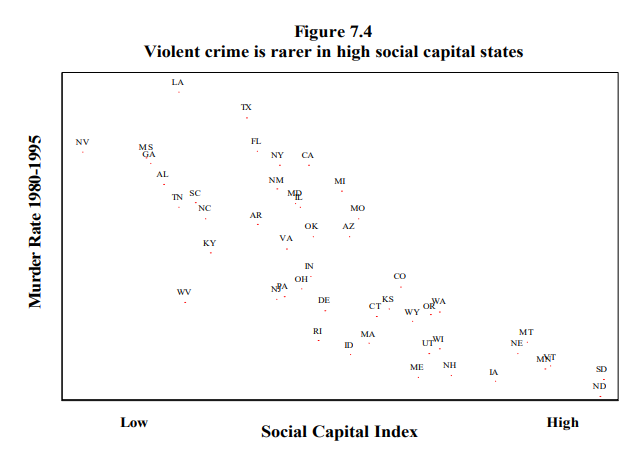 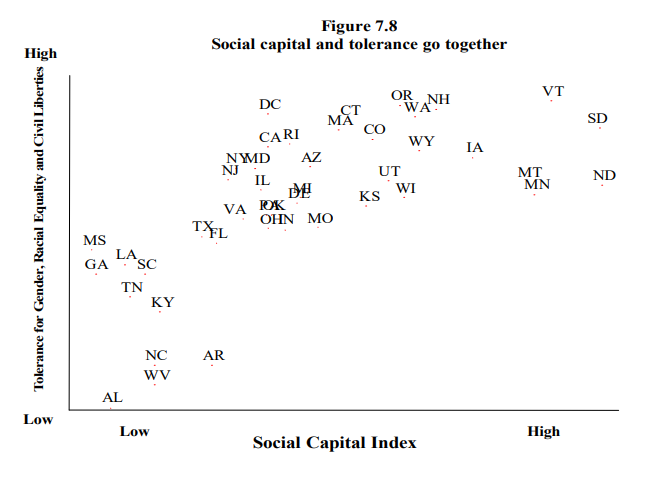 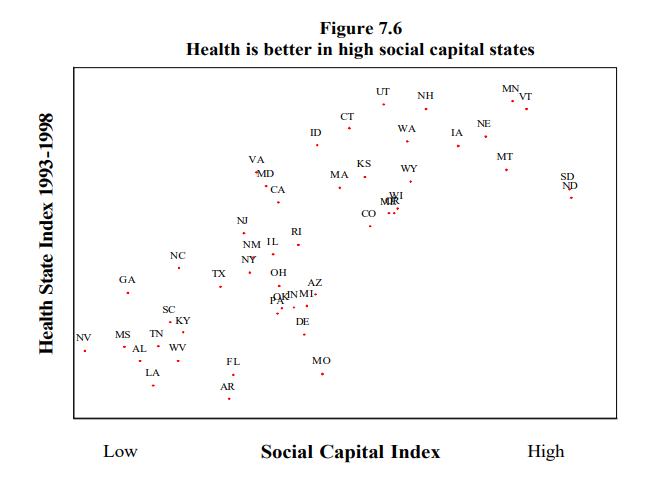 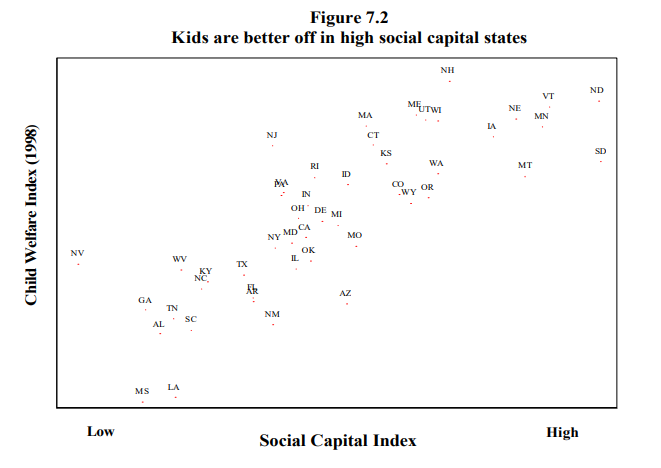