In this post, I demonstrate how to retrofit automated tests onto an untested legacy library.

This is part two of a three-part series about how I resurrected ingredient-phrase-tagger, a library that uses machine learning to parse cooking ingredients (e.g., “2 cups milk”) into structured data. Read part one for the full context, but the short version is that I discovered an abandoned library and brought it back to life so that it could power my SaaS business: 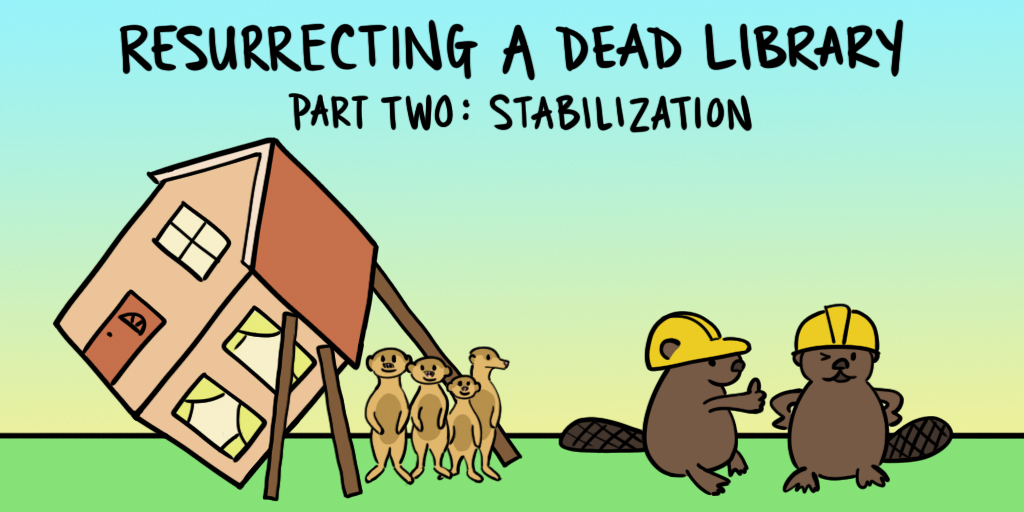 Running it in continuous integration 🔗︎

At the end of part one, I created a Docker image that allowed the library to run on any system. The next step was to run the library in continuous integration.

Continuous integration is the practice of using an indepedent, controlled environment to test software on each change to the code. My preferred continuous integration solution is Travis. Their configuration files are intuitive, and they offer unlimited free builds for open-source projects.

To integrate with Travis, I added my fork of ingredient-phrase-tagger on Travis’ configuration page and then enabled builds:

Then, I created a file called .travis.yml, which told Travis how to build the library:

I pushed my commit to Github, created a pull request, and Travis built it successfully:

Travis was building my Docker image, but the build wasn’t meaningful yet. It only built the library’s dependencies — it didn’t exercise any of its behavior. I wanted a build that could alert me when I broke the library’s functionality. To do that, I needed an end-to-end test.

An end-to-end test verifies that a complete, real-world scenario works as expected. It generally matches the following structure:

The original repository contained a script called roundtrip.sh that resembled an end-to-end test. It provided pre-generated input to the library, used a portion of the input to train a new machine learning model, then used that model to parse other portions of the input. The only piece missing was that it never compared results to a known-good output.

In part one, I showed that the roundtrip.sh script’s final result was a set of summary statistics about the model’s performance:

That gave me enough for a simple end-to-end test. I re-ran the final step of the roundtrip.sh script, but redirected the console output to a new file called tests/golden/eval_output and added it to source control:

Now that I had known-good output, I modified the end of roundtrip.sh so that it would compare all future outputs against this saved output:

Does my test know when code breaks? 🔗︎

As an experiment, I tweaked the regular expression so that it would fail to recognize any number that included a 9:

I then re-ran my modified roundtrip.sh script:

When I told the code that 9 was no longer considered a number, the library’s accuracy fell, and the script terminated with a failing exit code.

The basic end-to-end test above was useful, but roundtrip.sh executes a data pipeline with several stages. It would be convenient to know which particular stage broke, so I looked for more outputs to include in the end-to-end test.

In addition to printing output to the console, the script also wrote files to a subdirectory called tmp/:

I didn’t understand the file format yet, but I didn’t have to. All I needed was a way to detect when the files changed.

After copying these files to tests/golden, I saved them to source control as additional golden outputs. Then, I added diffs to my build script to detect when these output files changed.

After all my modifications to roundtrip.sh, I saved it as a new file called build.sh, which looked like this:

I then added a simple wrapper around that script called docker_build that ran the end-to-end test within the library’s custom Docker container:

With the docker_build script, my end-to-end test could run on any system that supported Docker. Naturally, I wanted to run it in my continuous integration environment.

My earlier Travis configuration built the Docker image but didn’t exercise the library. Now that I had a thorough test script, I updated my .travis.yml file to run it:

I pushed my changes, ready to witness the splendor of my brilliant test that could run consistently anywhere. Instead, it failed:

I wasn’t happy to see a build break, but I was glad that my end-to-end test caught something. I just had to figure out what it was.

The whole point of a Docker container is that the program should behave the same anywhere, so how could I run the same container in two places and see different outputs?

The Travis build log showed that the test failed on the diff of the testing_output file:

The testing_output file was the result of these two lines in my build.sh script:

The end-to-end test had verified that the contents of $ACTUAL_CRF_TRAINING_FILE and $ACTUAL_CRF_TESTING_FILE matched my golden versions. This meant that crf_learn and crf_test took in inputs that were identical on my local system as well as in continuous integration, but they produced different outputs depending on the environment.

A deeper dive into CRF++ 🔗︎

In desperation, I checked CRF++'s command-line documentation to look for anything that might hint about hardware dependencies:

The --thread flag looked interesting. I checked the full documentation for more details:

If the PC has multiple CPUs, you can make the training faster by using multi-threading. NUM is the number of threads.

I compared the CRF++ output on Travis to the same output lines in my local environment:

Because I omitted the --thread flag, CRF++ set it automatically based on the number of CPU cores available. My Travis environment had two CPU cores, while my local machine had eight.

I tweaked my build.sh script to set the thread count explicitly:

Then, I saved the newly generated output files as my golden copies. I pushed the changes to Github and was greeted with a pleasant sight: my end-to-end tests passed:

The value of good tests 🔗︎

The end-to-end test proved its value very quickly. While it was tedious to dive into the documentation for one of the library’s dependencies, the test exposed that the library produced inconsistent results depending on its environment. This is something the library’s original authors likely never realized.

With the end-to-end test in place and continuous integration running, I had an authoritative environment that demonstrated the library’s expected functionality. The test provided a valuable safeguard in case I made any changes that unintentionally changed the library’s behavior.

With the confidence from my test, it was time for my favorite part of a software project: refactoring. I was free to make large-scale changes to the code because I knew the build would break loudly if I did anything too stupid.

Read on for part three of this series, where I describe how I: